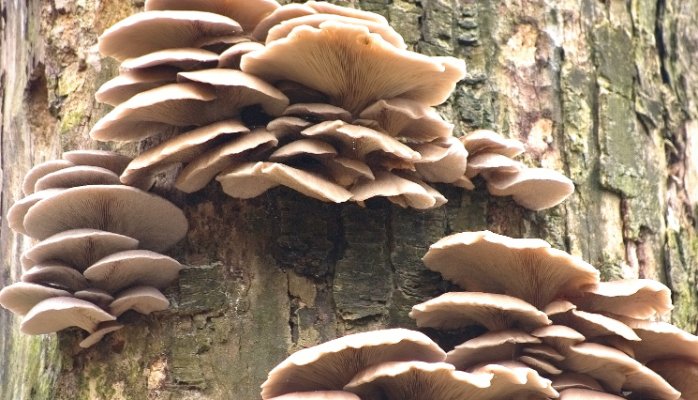 When considering the use of medicinal mushrooms, one doesn’t have to venture into the deep woods! Consider the elegant Oyster Mushroom commonly found in grocery stores, and fine food suppliers. “Pleurotus Ostreatus” is its latin name. This delightful and tasty mushroom produces a form of Lovastatin (a drug approved in 1987 by the FDA for treating excessive cholesterol blood levels). This specific constituent is more concentrated in the mature gills than the stems.

Oyster mushrooms accelerate the plasma turnover of cholesterol resulting in a general reduction in base lines. One study showed that plasma cholesterol turnover rates was boosted by 50%. In addition there was a 25% decrease in the liver compared to controls. (Bobek et al., 1995). Whilst it is certainly true that many woodland mushrooms share cholesterol reducing properties, Oyster mushrooms are a bit more noteworthy.

In addition this mushroom has potent tumor inhibiting properties, and has strong anti oxidant effects which may be useful in stopping cancer metastasis.

This mushroom has shown promise in HIV therapy as well due to its anti viral properties, specifically the ubiquitin like protein.