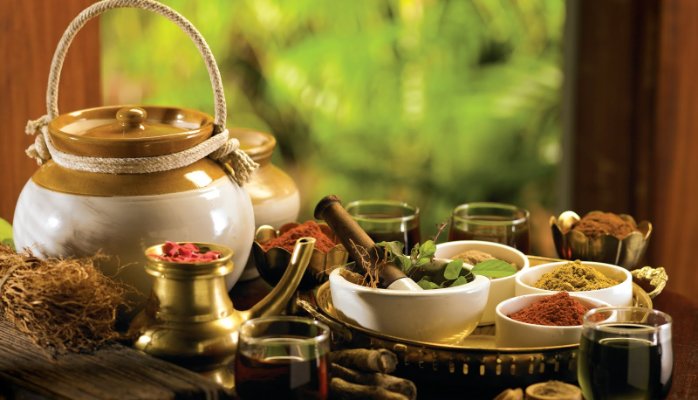 For my first Ayurvedic related post, I would like to briefly introduce the system and its concepts.

Ayurveda is an ancient system of healing that originated in India and is at least 5000 years old. The word Ayurveda means “The Science of Life” in Sanskrit, and its principles are based on lifestyle prescriptions in addition to botanical remedies.

The system categorizes individuals into 3 different constitutions (Doshas). One can basically think of them as 3 “types” of individuals. The 3 doshas and their associated elements are:

Some individuals can also have a dual dosha, such as Pitta Kapha Or Vata Pitta.

In essence, it is the imbalance of doshas that causes disease. Ayurveda focuses on balancing all 3 doshas,which it believes is the basis of a healthy disease free life.

Diet plays a pivotal role in this modality, and is one of the main reasons It resonates very well with me. The subject of diet & food within Ayurveda is very vast and deals with topics that include: 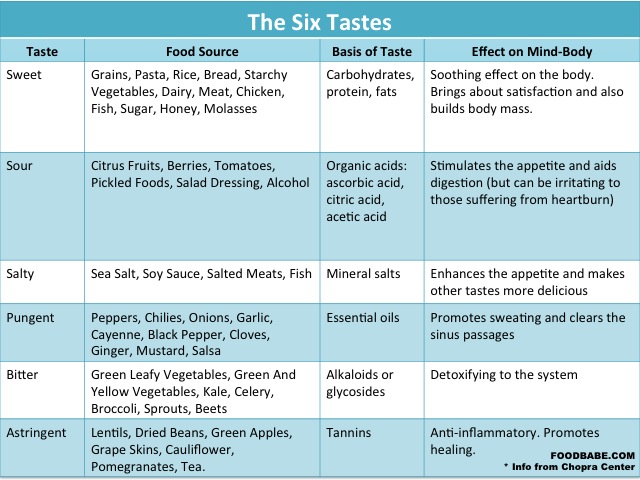 Each taste has an effect on the doshas as well, as noted by the table below:

Thus it is easy to see how Ayurveda utilized food and their distinct tastes as part of the protocol to balance specific diseases or dosha imbalances.

When consuming a meal, It is important that all six tastes be represented in order for us to feel fully satiated, both mentally and physically.

After applying this concept for only 2 weeks years ago, I noticed that my meal portions were considerably smaller and I did not have as strong of an urge to snack, if ever. I invite you to challenge yourself, and try this experiment for 2 weeks !

2 thoughts on “Ayurveda & The Six Tastes”