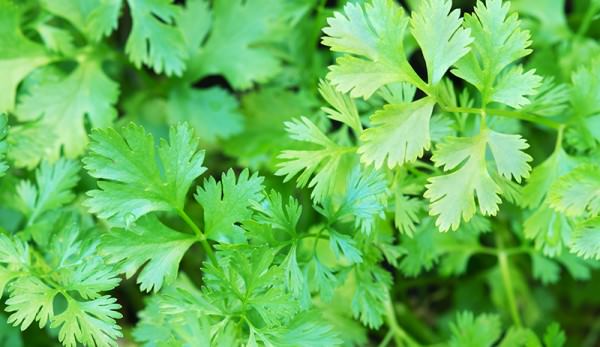 Folks its time to set the record straight….

Cilantro & Chlorella have been touted as champion chelators, that remove heavy metals from the body. I’m sorry to bust this bubble but this is unfortunately not accurate at all..

The Cilantro myth was based on a particular muscle testing study done over 20 years ago. The researcher determined he was overloaded with mercury , utilized cilantro and then through muscle testing again decided he was now “clear”. This is bad science … The health food industry of course was quick to pick this up and promote it, while creating a variety of cilantro extracts and supplements.

Here’s the thing, Cilantro is a nice herb but its more likely to add toxic metals to your body (especially none organic) than it is going to remove it! It is known to absorb heavy metals in its surrounding environment, so in a sense its a “soil chelator” if you will.

The same can be said for chlorella by the way, which again through massive marketing and weasel words is touted as a miracle.. But its just as ineffective for this purpose.

Medically Cilantro is a pretty neat plant! consider the following:

Coriander/Cilantro’s Medicinal actions – carminative, digestive, refigerant, aromatic, antispasmodic, hypoglycemic, anti inflammatory, stimulant, mildly antiseptic, bitter, diaphoretic, diuretic,. Please refer to my article on bitters found on my blog to learn more about this important property. The plant can be consumed fresh, juiced, eaten powdered, or made into aqueous infusions. Fluid extracts and seed tinctures are can also be prepared.

As you can see its such a versatile plant, and thus not a surprise that the Persians favored it as a crop thousands of years ago where it used used as a mild antiseptic and food. The oils in the plant are also reported to contain larvicidal properties. It increases digestion and absorption of food, and has been shown to be useful in diarrhea and dysentery. In Tradition Chinese Medicine where it is known as Yan shi , the herb is favored when treating measles, which is an interesting application. Coriander is also useful in Schistosomiasis , which is an infection caused by flat worms, as well as Gastroenteritis.The seeds are also quite useful as a quick “grip water” especially for infants. steep crushed seeds in hot water (1 teaspoon per cup) and steep covered for 15 mins. Aromatherapists also use the oil in carrier oils for rheumatic pains. This is quite effective apparently but ive never tried it myself in practice.

In Ayurveda, it is known as Dhanyaka where it was used for a variety of ailments including: urinary tract infections, cystitis, painful urination, hives, stomach problems/indigestion, vomiting, allergies. its cooling properties make it favorable for the heated pitta conditions and also not the best for high vata conditions. The fresh juice applied topically has a favorable effect on itching and topical inflammation. Coriander was also said to aid in virility as well. The Sushruta textbook mentioned the use of dried seeds internally for nausea, thirst, appetite loss, deranged metabolic functions, pain , and to aid in detox. Cold infusions with sugar were used for very high fevers. Another preparation known as Vrindamaadhava used cold infusion with dry ginger for indigestion and as a diuretic. Bangasena is another preparation where cilantro, sugar and rice water are mixed to treat asthma and children’s cough.

Unani medicine also had its similar uses. The whole leaf was used to cool the body. Juice of the fresh leaf was gargled for hot sore throats and stomatitis. a paste of the herb was applied topically for swellings, boils, and cervical adenitis. The paste was traditionally applied by pounding the herb with barley flour. To cool the mind and help with sleep fresh leaf juice with sugar was used. Internal use was used also for GI irritation, biliousness, heart burn , nausea and thirst. Itrifal Kishniz is a known unani coriander containing compound which is used for stomach problems, Piles, Conjunctivitis amongst a plethra of other conditions.

Constituent wise – the plant is quite interesting. Here’s a tiny snapshot :

-Pthalides – found in celery as well, which help with hypertension.

-Phenolic acids – which absorb very well in your gut wall, have noted antioxidant and and anti inflammatory benefits.

– Myrcene which is useful due to its anti inflammatory, analgesic, mild sedative. Myrcene which is also found in mangoes, thyme, hops, bay laurel, cannabis, lemongrass and basil alters the blood brain barrier which enhances permeability of cell membranes.

-Linalool – has a lavender like aroma , and is found in hundreds of plants including minds, citrus, trees and more. Its noted properties are anti inflammatory , sedative and analgesic properties.

We can actually go into A LOT more details with the many constituents this plant offers but I think it would distract from the importance of whole herb synergy which is much more important than breaking down the constituents and understanding a pharma perspective so to speak. Having said that, it is certainly useful to some extent and that is why i highlighted a couple to give you folks an idea of where some of the “magic” comes from, but lest we forget the plants true might and empirical evidence comes from constituent synergy. These synergies are so complicated we have yet to understand how a single plant works 100%.

So there you have it folks eat your cilantro! Does it matter if its organic? Sure if you can afford it go for it otherwise, I believe the health benefits of eating cilantro outweigh toxicity issues. For those of us that can’t enjoy this herb due to the horrible soapy taste, keep in mind this due to genetics. A variation in a group of olfactory-receptor genes allows a certain group of people to be overly sensitive to the soapy flavored aldehydes in the leaves. East Asians apparently have the highest incidence with 20% of the population experiencing this issue

The truth about Essential Oils